From the Georgia Southern Newsroom: 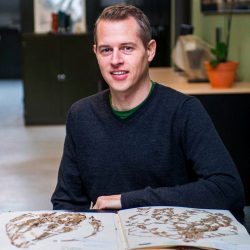 John Schenk, Ph.D., curator of the Georgia Southern Herbarium in the Georgia Southern University Department of Biology, received notification that his National Science Foundation (NSF) Biological Research Collections grant has been funded in the amount of $280,798 to integrate uncatalogued plants into the Herbarium.

Schenk’s proposal is titled “Making a large impact on a small herbarium: Integration of un-accessioned and orphaned specimens to secure and promote wider use of the collection.”

A Herbarium houses libraries of botanical diversity that catalog plant species’ occurrences in the past and present, and they consequently serve as the foundation for biological science and science policy.

By funding the proposal, the NSF recognizes the value of natural history collections, a goal that strongly overlaps with the University’s Department of Biology. The funded project will allow the Georgia Southern Herbarium to double its holdings over the next two years, a feat that is rarely accomplished in natural history collections. As the collections become catalogued, they will be accessible to students and researchers throughout the world.

Georgia Southern University Professors Daniel Gleason, Ph.D. and Risa Cohen, Ph.D., team up with Gray's Reef National Marine Sanctuary and the Georgia DNR to track the dispersal of materials from the Altamaha River in the Atlantic Ocean.
RESEARCH IN THE COLLEGE OF SCIENCE AND MATHEMATICS • PO Box 8044 Statesboro, GA 30460