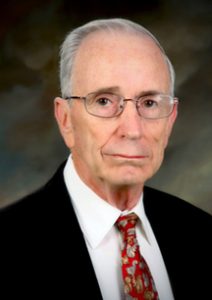 As the James H. Oliver, Jr., Institute for Coastal Plain Science, the question is often asked, “Who is James Oliver?” Dr. James Henry “Jim” Oliver Jr., was born in Augusta, Georgia, on March 10, 1931, and was raised in Waynesboro, Georgia. He earned a Bachelor of Science in biology from Georgia Southern University (then Georgia Teachers’ College) and a Master of Arts in parasitology from Florida State University. Jim served in the U.S. Army Chemical Corps at Fort Detrick, Maryland, before acquiring a Ph.D. in entomology from the University of Kansas. He was a postdoctoral fellow in cytogenetics at Melbourne University, Australia. Jim worked as an assistant professor and associate professor at the University of California at Berkeley Department of Entomology and Parasitology; as an associate professor at the University of Georgia‘s Department of Entomology and as a Callaway professor at Georgia Southern University’s Department of Biology.

Jim visited and lectured at laboratories and universities in 25 countries. He consulted for the U.S. Navy Medical Research Unit in Cairo, Egypt; for the U.S. Army 406 Medical Lab at Camp Zama Hospital, Japan; and for the C.S.I.R.O. Entomology Research Labs in Brisbane, Australia. He spent time as a visiting professor at Rhodes University in Grahamstown, South Africa, and at Mie University in Tsu, Japan.

As the founding director of Georgia Southern University’s Institute of Arthropodology and Parasitology (IAP), in 1990 Jim was instrumental in helping to bring the U.S. National Tick Collection to Georgia Southern University on a long-term enhancement loan from the Smithsonian Institution. Building on decades of success, in 2013 the mission of the IAP was broadened to include interdisciplinary research directed toward the natural resources of the Coastal Plain and to reflect this expanded mission the name of the institute was changed. To recognize the tremendous contributions Dr. Oliver made to the Institute and Georgia Southern University, the decision was made to rename the Institute in his honor to the James H. Oliver, Jr., Institute for Coastal Plain Science. 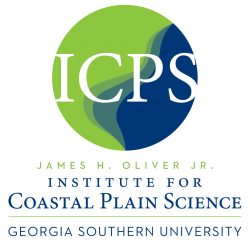