The 29th Annual Invitational Mathematics Tournament will be held on February 25th, 2017. Approximately 800-1,000 middle and high school students will come to the Georgia Southern University campus to compete in this event.

In the afternoon, students compete in teams in the ciphering competition. There are two rounds that make up the team score. After the individual awards, 27 team trophies are awarded.

Many thanks to Chasen Smith and his committee for their work on this event. Chasen has worked throughout the year on logistics and communicating with schools and teachers. Test chairs and their committees have worked on creating the individual tests and ciphering questions.

In addition to the student test takers, there will be approximately 70 teacher sponsors, 150 Georgia Southern student workers, and most of the faculty in the department helping to make this event possible. 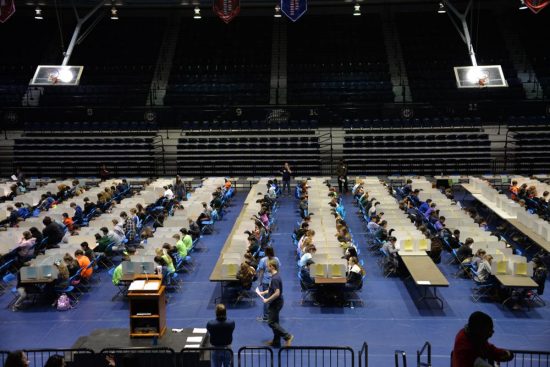