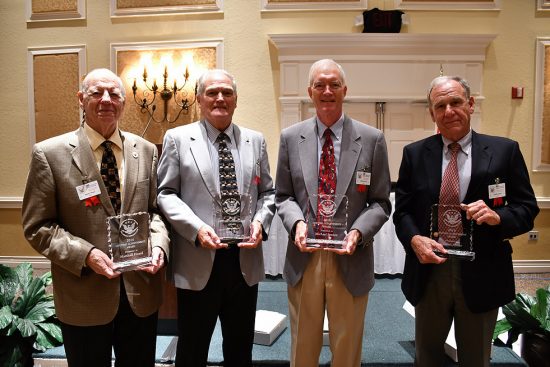 From the Georgia Southern Newsroom:

Abner is the Chief Engineer of the Shuttle Processing Directorate at NASA’s John F. Kennedy Space Center (KSC) in Florida. He is responsible for all engineering aspects related to processing flight hardware elements and facility/ground support equipment, and for the integration of technical decisions made by both engineering and management personnel before and during launch. He makes recommendations for final go/no go launch decisions.

Throughout his career, Abner supervised teams responsible for the development of ground launch sequence software and group application software, managed the construction and development of the Space Shuttle Vandenberg Launch Site, became the Launch Team Shuttle Project Engineer from 1991 to 1997 providing engineering integration for 47 missions, was assigned to the position of Assistant Launch Director at KSC and more.

In addition to holding a bachelor’s degree in mathematics from Georgia Southern, Abner holds an additional degree in physics and has obtained post-graduate credits in space technology from Florida Institute of Technology. He served five and a half years of active duty in the United States Air Force from 1968 to 1974, and remained in the United States Air Force Reserves for an additional 16 years, attaining the rank of Lieutenant Colonel. While in the Air Force, he served as a pilot flying strategic and combat military airlift worldwide.

The Committee recognizes people each year for their lifelong achievements and contributions to the U.S. space program while living in Florida. To be selected for the award, the nominee must have made significant contributions to the space industry through technical advancement, education or the management of aerospace related activities as a government, military, commercial or government contractor employee.